I often ask people for book recommendations. I end up reading all sorts of things I wouldn't have otherwise discovered, but every now and then several people mention the same title and I know it must be something special.

"Snow Crash seems to be on everyone's 'must-read' list."

When I finally picked it up, I found it hard to believe it had been written in 1992. For context, I was only two years old when it was first published. We got our first home computer around 1995, and it wasn't until a few years after that we were 'on the net'. Snow Crash predicted so much of the modern world, so early on. Of course, we still don't have nuclear-powered, cybernetic guard dogs, but I'm sure it's only a matter of time.

For a book absolutely overflowing with crazy imagery and creativity, there were two ideas that I particularly enjoyed.

The first was the concept of a database having a VR interface. Resembling a library you could inhabit, complete with a Librarian to query. Like Wikipedia on steroids, I can imagine it being an ideal environment for thinking through a problem, voicing your thoughts out loud, and having a program respond or even prompt you with adjacent contextual information.

The second was Stephenson's analogy of language as code, specifically the concept of a 'neuro linguistic virus' that makes the human brain vulnerable to manipulation. In the novel, the aforementioned Librarian establishes a connection between the Tower of Babel and this neurolinguistic virus, commenting on the disappearance of the Sumerian language.

Snow Crash is a book that sparked my imagination. 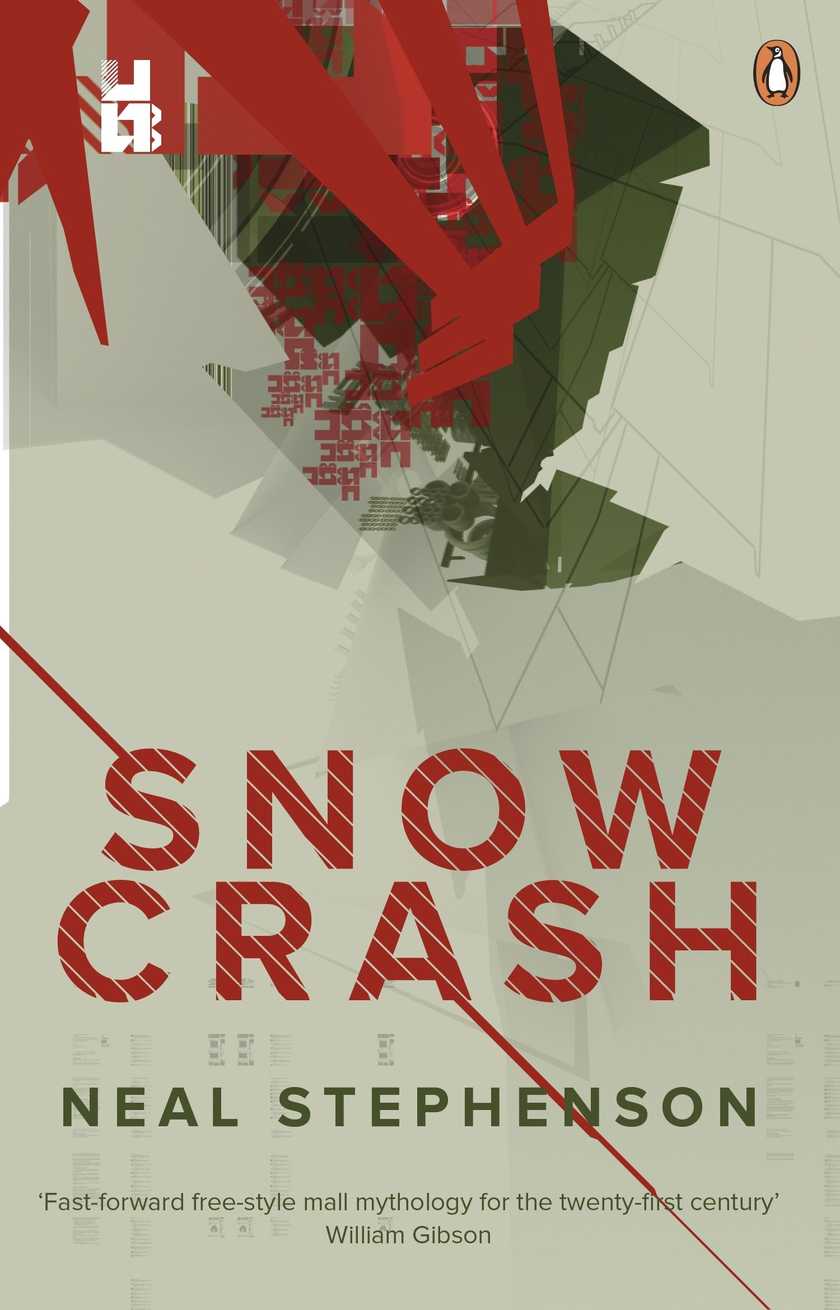 Stephenson explained the title of the novel in his 1999 essay "In the Beginning... Was the Command Line" as his term for a particular software failure mode on the early Apple Macintosh computer. Stephenson wrote about the Macintosh that "When the computer crashed and wrote gibberish into the bitmap, the result was something that looked vaguely like static on a broken television set—a 'snow crash' ". Stephenson has also mentioned that Julian Jaynes' book The Origin of Consciousness in the Breakdown of the Bicameral Mind was one of the main influences on Snow Crash.

The book presents the Sumerian language as the firmware programming language for the brainstem, which is supposedly functioning as the BIOS for the human brain. According to characters in the book, the goddess Asherah is the personification of a linguistic virus, similar to a computer virus. The god Enki created a counter-program which he called a nam-shub that caused all of humanity to speak different languages as a protection against Asherah (a re-interpretation of the ancient Near Eastern story of the Tower of Babel).

Snow Crash was nominated for both the British Science Fiction Award in 1993, and the Arthur C. Clarke Award in 1994.